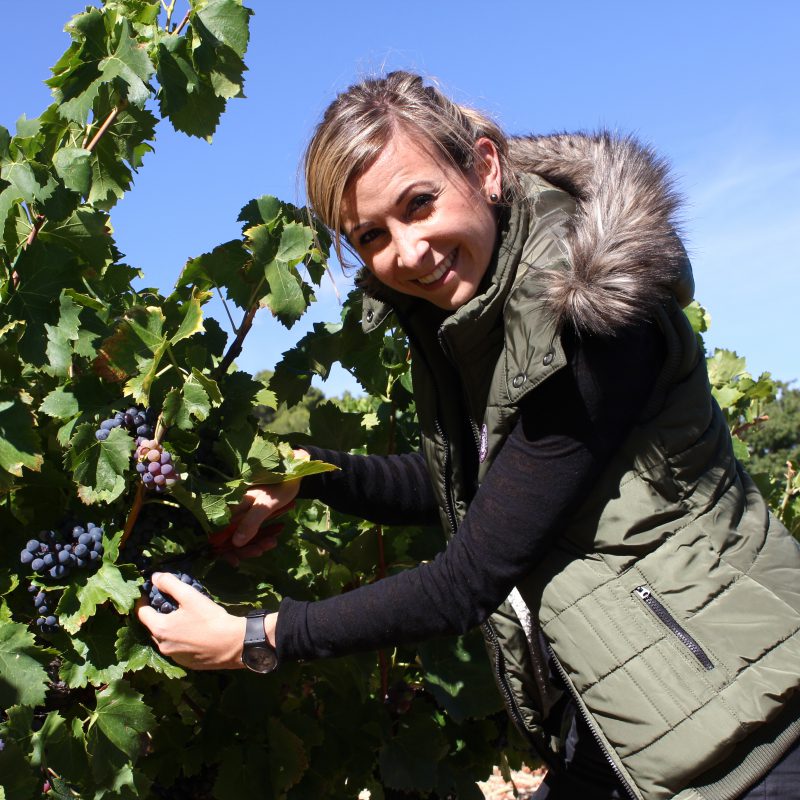 Anaïs promotes a prestigious, international vision of the appellation. Since graduating in hotel management, this young globetrotter has gained experience in the worlds of luxury and travel.

After obtaining her degree in International Conciergerie in Paris, where she carried out a six month internship at the Four Seasons Hôtel George V, she continued her studies with a two-year International Masters in Hotel Management in Sydney. She then returned to the Four Seasons Group for the following three years during which time she worked in two countries before a last stop in Switzerland, where she worked as a Front Office Manager for a 5-star hotel in Geneva.

At the age of 28, and with her father, François’ retirement drawing closer, Anaïs returned and unpacked her suitcases at the family domaine that she had left 13 years before. She began learning how to run a wine domaine by taking a three month training course at the Wine University of Suze-la-Rousse before taking up an internship at Château Yquem.

Anaïs learns from her parents each day, listening to their advice whilst adding her own personal touch. The first change she made was to the name of the domaine. She decided to use the family name whilst retaining its geographical entity and five generations of history.

"This return to my roots was far from an obvious choice. Luxury and elegance are at the core of our 30 hectare vineyard which we cultivate using biodynamic methods. My father has used this approach for 13 years and he has shared his passion for observation and his high standards with me."