The unusual now has a name, Vinsobres. For those who want to get off the beaten track of the Rhône Valley, Vinsobres specifically embodies the singularity of wine. An unusual name, a remarkable Cru: Vinsobres.

Although very old, the Vinsobres wine region has remained relatively small in size. It expanded significantly after the frosts of 1956, which largely destroyed the region’s olive groves (14,000 out of 15,000 olive trees were destroyed!) and resulted in farmers converting to less precarious crops: the vine.

The “savoir-faire” / expertise of the appellation’s winemakers and the quality of their terroirs allowed the AOC / PDO Vinsobres to be recognized as a “Cru des Côtes du Rhône” on February 17, 2006 for its red wine. Previously classified as a “Côtes du Rhône Villages”, the accession to the rank of “Cru” is a well-deserved recognition for the winegrowers who, from generation to generation, worked to preserve and enhance this atypical terroir.

Production is ensured by 30 domains and three cooperative cellars

Some say “what a funny name”, we proclaim Vinsobres!

Vinsobres, what an unusual name: amusing oxymoron making the pride of its winemakers.

Although its exact origin is not entirely clear, according to latin etymology, Vinsobres comes from “Vinsobris” meaning “vine” and “work”.

This explanation would suggest that Vinsobres is, and will remain, a village of vineyards and wine producers. 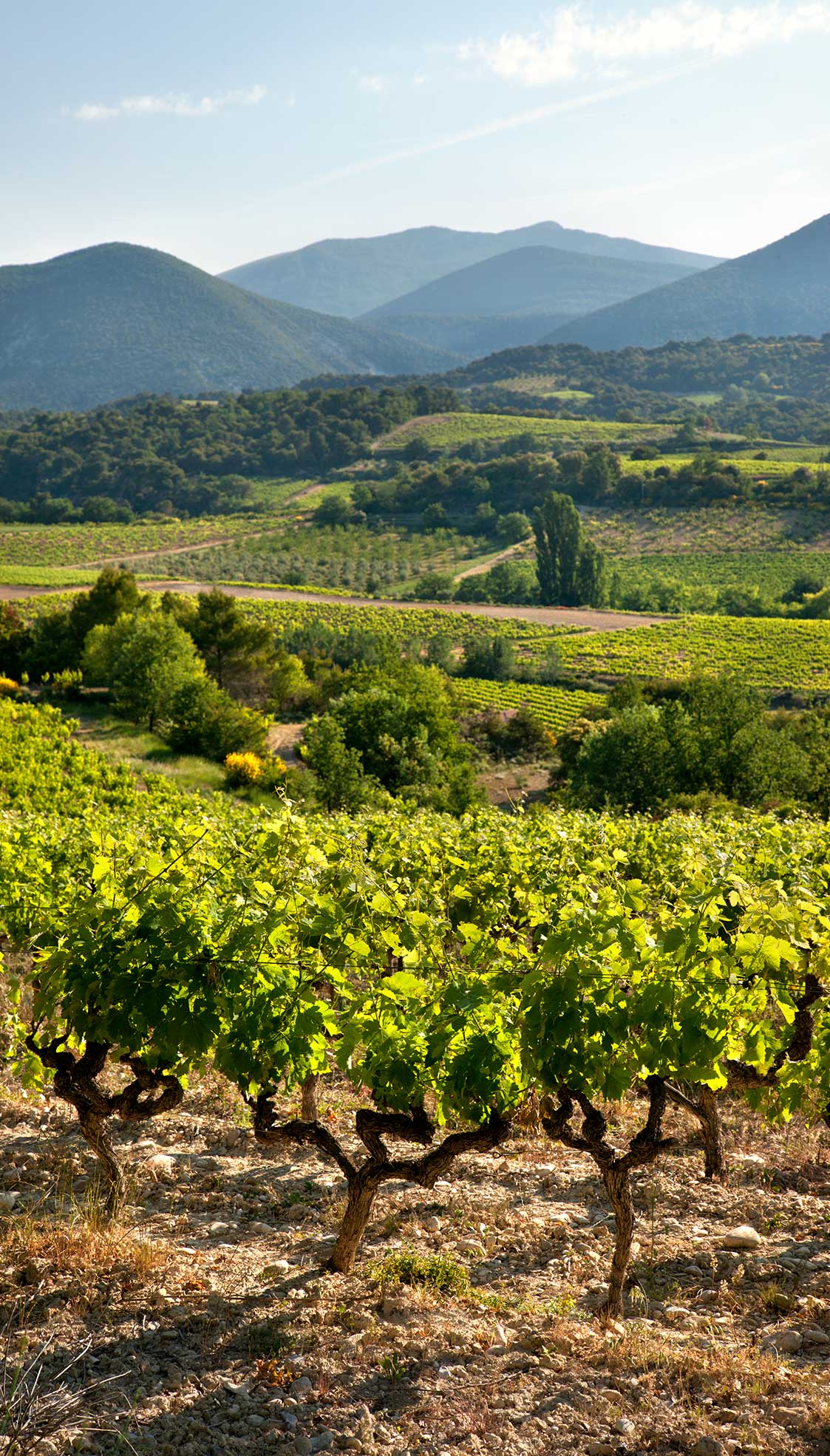 Situated in Provençal Drôme, on the edge of the Pre Alps on one side, facing Mont Ventoux on the other, the 1375 hectares of vineyard cover 7km of hillsides only in the commune of Vinsobres.

Perched at an altitude from 200 to 450 meters, on terraces, Vinsobres is one of the highest altitude appellations in the Côtes du Rhône region.

A very particular microclimate protects the village and its remarkable amphitheatre of vines. Vinsobres enjoys an unusual but very favourable geographic location, making it a southern Cru with distinctly northern characteristics.

Hot and dry summers characterize its southern and Mediterranean identity. The local winds, the Mistral and the Pontias, refresh the nights and slow down maturity: a natural environment of the most favorable for Syrah, this grape variety typical of great northern red wines. 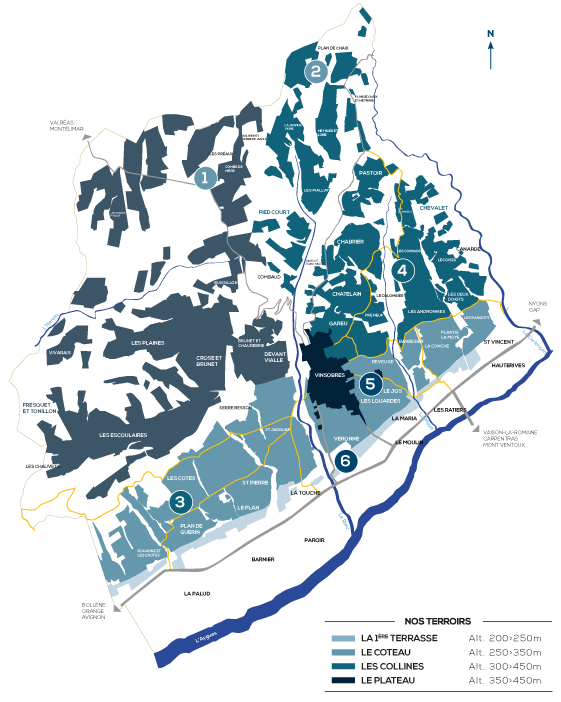 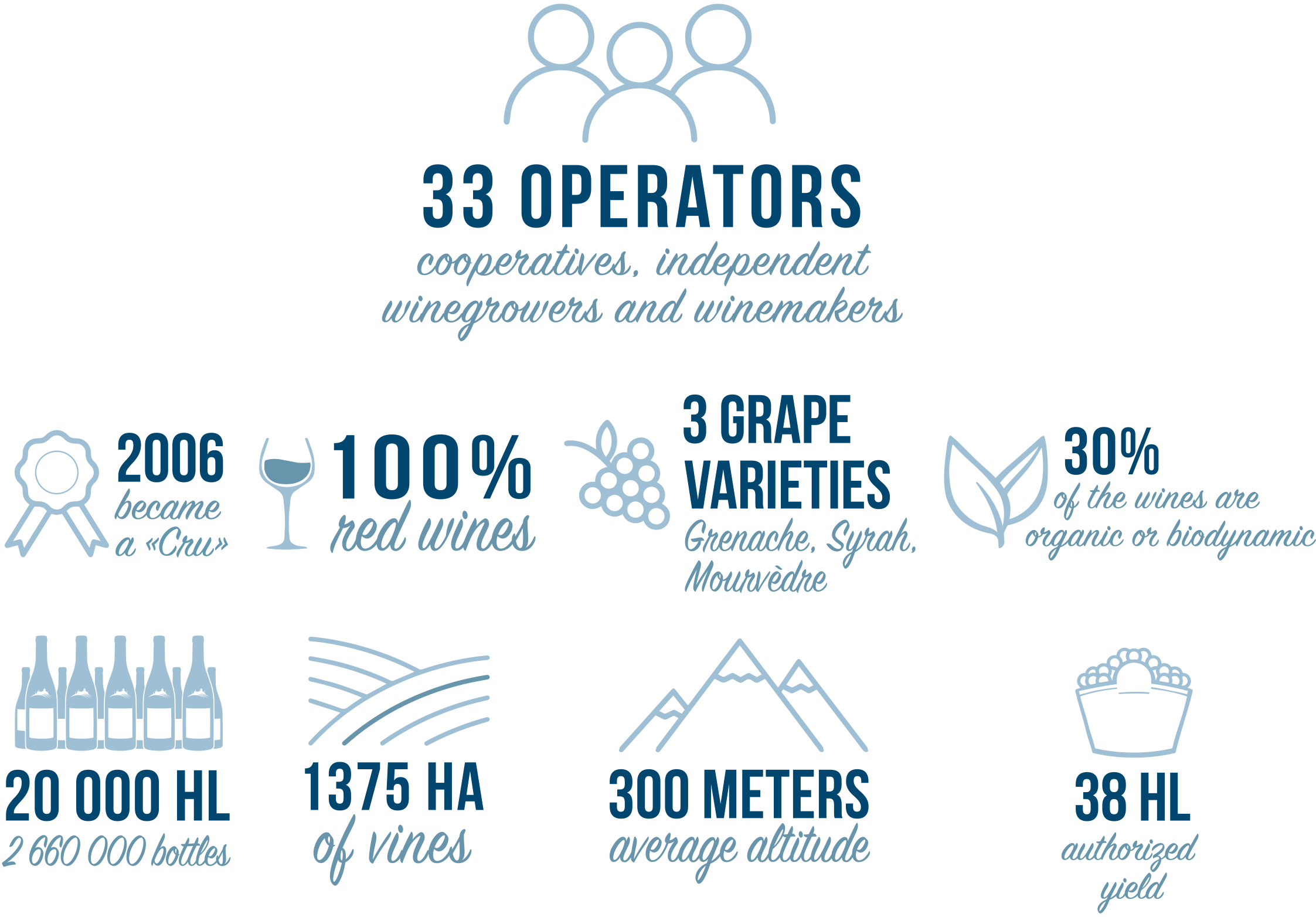